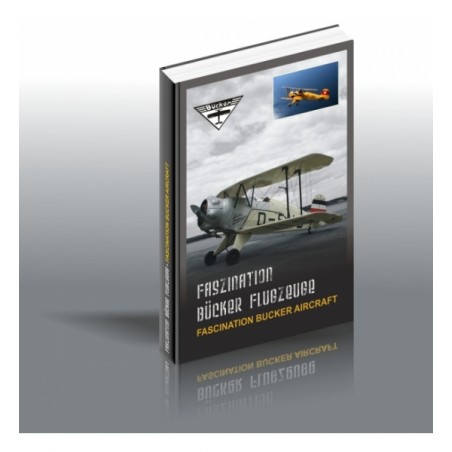 Bücker aircraft are fascination for children and adults. In this book you get a comprehensive overview with many photos and graphics about the different Bücker aircraft.

Former naval pilot C.C. Bücker returned to Germany in 1933 after 10 years of productive work in the Swedish aviation industry, and founded Bücker-Flugzeugbau (Bücker Aircraft Works) in Rangsdorf, near Berlin. With his chief-designer A.J. Anderson he started building light aircraft. The Jungmann and Jungmeister were the most popular and well-known of these.  Agile and efficient biplanes, they were capable of advanced aerobatics . The Bestmann was a two-seat, low wing,  and more up-to-date model. Their common trade marks were sparkling aerobatic performance and international sales success. The bosses at the Rangsdorf factory were not well connected with the political leaders of the Deutsche Reich, but with the help of former fighter-pilot Ernst Udet, these aircraft became the basic training, practice and aerobatic aircraft for the Luftwaffe. More than 6000 Bücker aircraft were built, but only a few of them survived the fall of the third Reich. Before and after WW II construction was licensed in several countries, and today these old-timers enjoy a great popularity worldwide. In 1970 C.C. Bückers launched renewed production of the Jungmann and Jungmeister, but this was not successful and was soon discontinued. Prior to the turn of the century another attempt to produce a “new” Jungmann was initiated in Poland. The results of this possibly bilateral project remain to be seen.

In more than 400 pages quite an amount of technical information to both aircraft from Rangsdorf and those built under license are described in detail with numerous pictures throughout the history of the planes. Reports of modifications as well as restorations are included. Fascination with Buecker aircraft of pilots or spectators at the airfields is still alive and is reflected in this book. With the support and knowledge of the Buecker communities, many interesting details or stories are covered.